Before you say it, I know: No one cares. Some people expressed an interest in knowing the history of this thing–OK, one person expressed interest. This is for you, STEM.

Lurch was the first ‘zine I had ever seen. It was made by a friend of a friend, Jeb. I only saw a couple issues, but it was really transformational for me. The style of it, seeing photos of people I knew, reading interviews with local skate celebrities—the whole thing was a revelation. I made so many bad zines after that: Dope, FONZ (Freaks of Nature Zine), Green…They morphed from being about skateboarding to being about nothing, to being about graffiti. Eventually I met up with KROK who had the name Krime Time. KROK was working at Kinko’s (what would now be called FedEx Office) as a graphic designer and got me a job working graveyards so I could draw and make zines when it was slow. I was obviously inspired by the few graff mags I had seen at that point: Can Control and Tuff City…Slap. 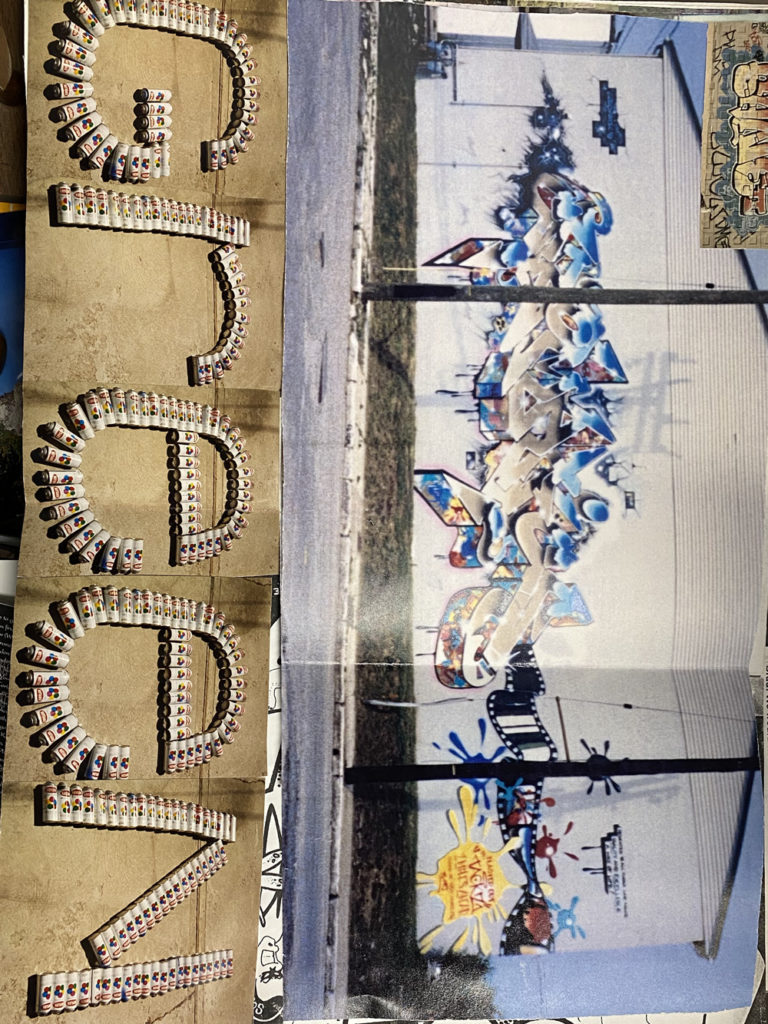 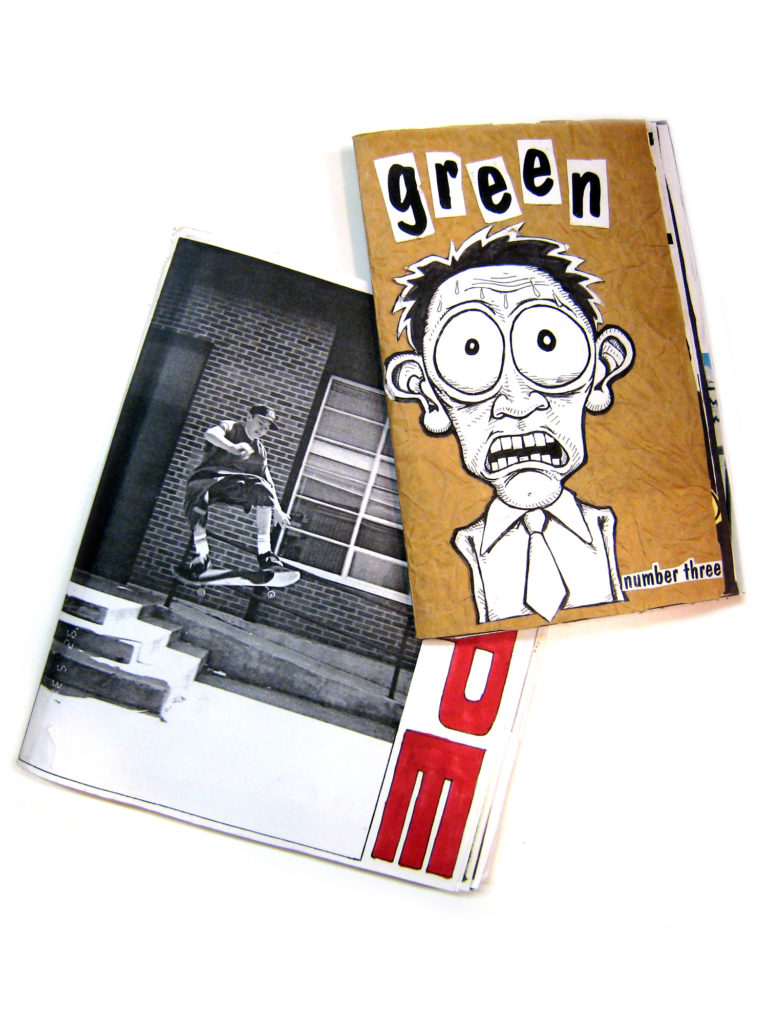 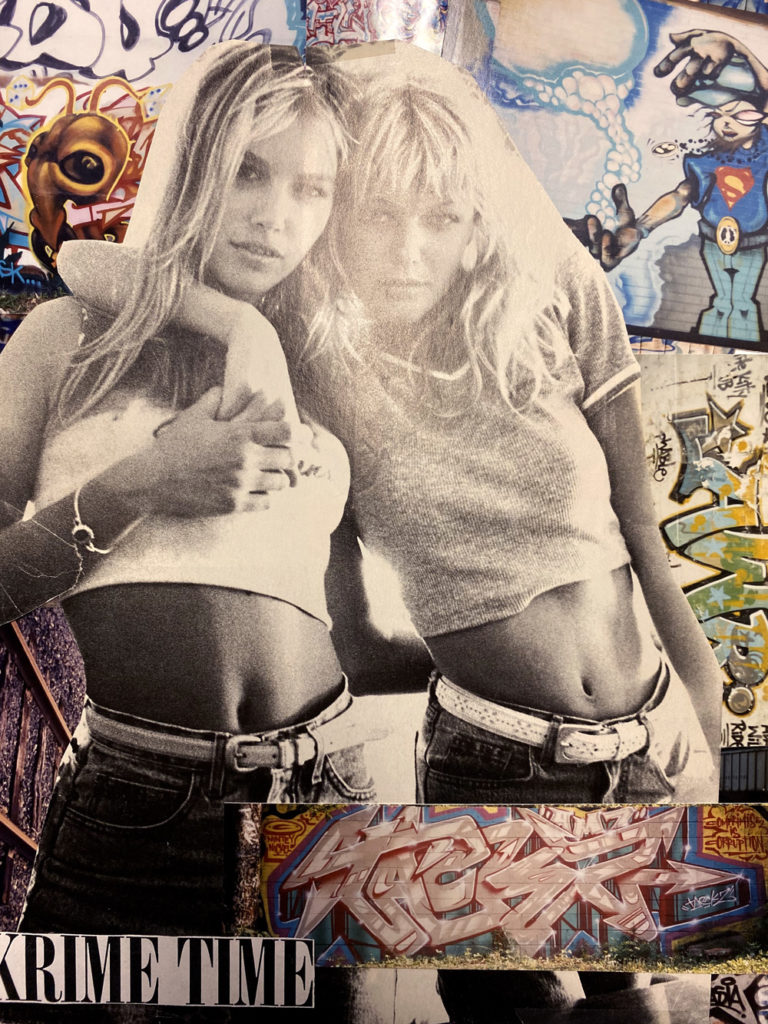 The hip hop shop in Salt Lake, Funksion (still a dope name, imo), started carrying the zines and quickly sold out. Issue 1 sold well, but we didn’t make very many. The feedback I remember is, “Who are the girls on the back cover?” I think it was lifted from a Guess ad. They completely stole the show. In some ways, I prefer that glue stick kind of layout.

Issue 2 was a tribute to Resq and Esko, two Utah writers who were killed in a car accident. The local news was dismissive because they were graffiti writers, and the Salt Lake graff community was mourning the loss.

Issue 3 was a mess. It came with a sticker, a refrigerator magnet, and maybe some other stuff. I wanted it to be like early Big Brother magazines that were more than just a magazine. It was such a hassle to make them that I remember declaring them sold out early because I just didn’t want to make more. 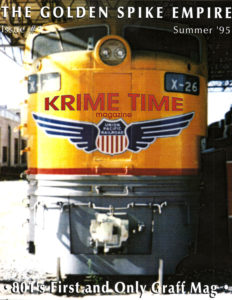 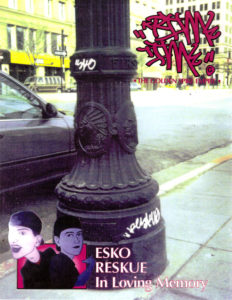 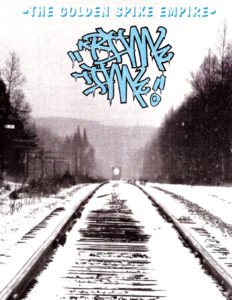 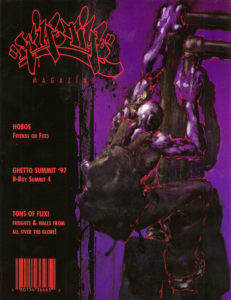 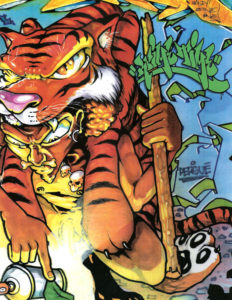 Eventually, we started tracking down wholesalers of other products and selling them. KROK found some guy in California who did screen printing for Tribal who also sold garbage bags full of caps. We got some ultrawides and miniwides from XYLENE and discovered the real company’s label under Xylene’s label. We somehow managed to set up a wholesale account and rebranded them as “biggunz” with censored girls on the label.

At this point, I was trading photos with people from all over the world. More and more people were making magazines. Under Cover and Scribble were hugely influential to me. We were now making enough that it made sense to do a real print run. Iglue did an oil painting that I remember seeing in the back of Funksion. It was so good. It made the perfect cover for issue 4, the first issue that was printed on a press.

Soon, the magazine was sold in stores all over the country–technically the world–which seemed crazy to me at the time.  I would trade store lists with other zines. JASER from Scribble mag put me in touch with Tower Records, which took a big chunk of them. Luckily, they sold well for Tower, so they bought twice as many of the next issue.

At this point, I would spend most of my time at DJ Big Stefan’s house. He wanted to do shows. We agreed to do one, but we had to be careful with the money in case no one showed up. I don’t remember the budget we gave ourselves, but Stefan came through in a big way. He decorated the place with Christmas lights because they were cheap, he rented this place that happened to be below the police station, and he got all the best local DJs and Hip Hop kids involved. I couldn’t believe how many people came. It was a good time for all. For some reason, we didn’t do another one, but that was kind of a magical night.

I was living in Portland, OR, and I was talking to Fate, owner of the very first hip hop shop in Utah (Blastin’) who lived in New Hampshire at the time. I think it was his idea to do audio interviews with writers. SLEJ was about to get out of prison, and we thought an audio interview might be a better way to feature and pay homage to him. DAMAGER got some equipment and interviewed CHEW first. I remember being completely blown away at how much better it was to listen to these stories than to read them. I did a bit of research and figured out how to set up a podcast and get it on iTunes. After a couple, SLEJ agreed to do it, and I still feel like that is some precious audio in documenting the graffiti culture. 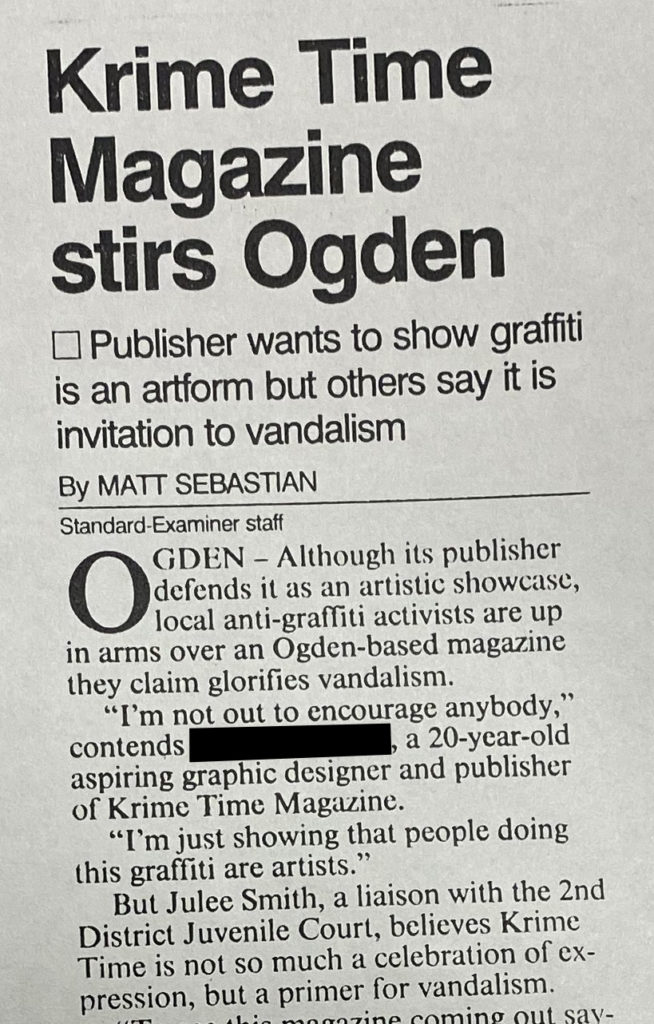 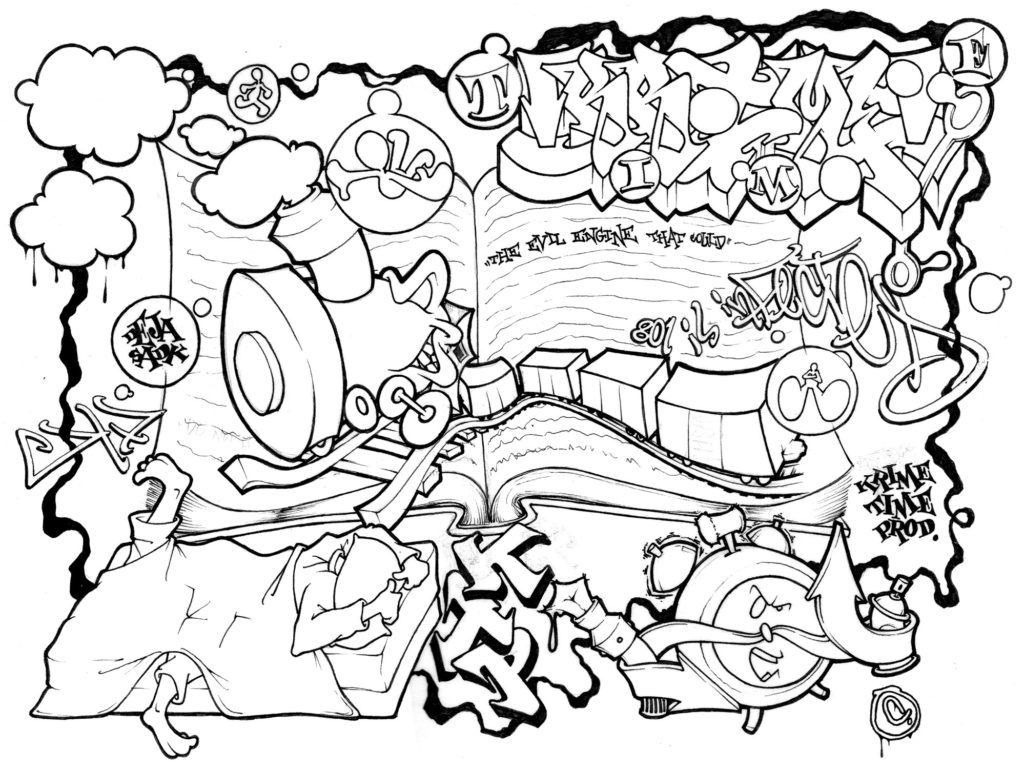 I bought the domain krimetime.com just to have it. At some point, KRISP started a website, and I thought we could join forces and do something with the domain I had been sitting on. Over the years it has grown and shrunk with a few half hearted attempts to turn it into something. In some ways it feels like a rash I can’t quite get rid of. I still appreciate anyone who cares to stop by, look around, or have a listen.